What happened at #WCUS 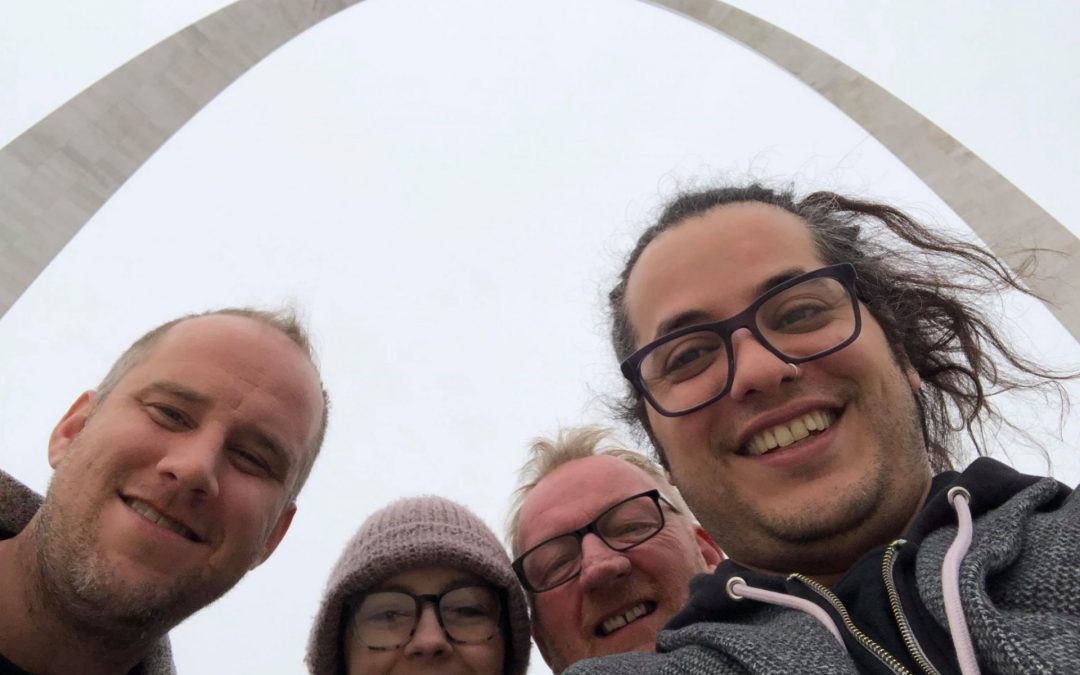 I have been back just about a week now – jetlag has disappeared and was real – man, I was so tired for this past week.

I also had an adventure – right from the start – got dropped off at the airport, put my ticket and ESTA form (Visa) to the ticket person and lo and behold – my ESTA was invalid as I had replaced my passport due to losing it last year – OOOOOOPS!

Long and short of it? I was not going anywhere unless I could get a visa application in and done in less than an hour to catch the next flight.

Panic? Nope, I was so nonchalant about it, it was untrue – I had decided in a split second to apply for another visa and if it didn’t come through, so be it! I could see my daughter for the weekend and relax knowing that I wasn’t going to have to do a grueling 19 hour journey and party all weekend with my friends! :/

The good news is – I got my visa in less than an hour, was moved onto a flight and met up with Vito Peleg of WP FEEDBACK fame and he was going to Chicago to meet up with the Termageddon team Donata and Hans

I also saw some Awesome People from Bristol WP Meet up Rich and Tess – it was all going to work out great!

Inevitably, I ended up staying in Chicago for the night with the Awesome Termageddon team and Vito and we had a great time – you can read all about it here

So, onto the actual event – There has been some negative feedback on #WCUS and frankly – some of it is warranted. However, we must be cognisant that the event is organised and run by volunteers and supported massively by sponsors – including my travelling companions.

Having experienced Serbia and Berlin, I was surprised by the apparent lack of Attendee’s. It SEEMED smaller, It SEEMED lacking in atmosphere and it seemed less than exciting. BUT and it is a big but, it was still well worth going notwithstanding the fact I had great company and I met up with – da! da! da!

Imagine, we have had the marketplace for nearly 5 years and NEVER met the team face to face that allowed us to build such a great business. It was amazing to chat with Kenny Sing and hear about his experiences at Google and why he came back to the fold AND how he and his team get to designing the layouts that we all use in Divi – He finds it just as hard as we all do by the way and he won’t mind me saying so – so, give them a break right?

I also had a very long chat with Nick both at the meetup and at WCEU too – I must have bored the heck out of him but, just like he is online – he was open, welcoming and told me some of his plans for the future – needless to say – they are awesome and no, I am not spilling!

I got a hug from Nathan – meant a lot that one! and of course the Moderators moderator – Raquel from the Divi Theme Users group had some interesting insights to share as well. I talked business with Mitch who is the Operations guy and man, does he have a tough job, we talked recruitment, finding developers and the intricacies of running a business that has grown exponentially over the past 4 years!

As a side note – even this great group of people were worried no one would turn up to the 7:30am meetup – mad, right?

I also met up with the uber talented Tim Strifler of Divi Life – he helped us start our child theme business all those years ago by allowing us to list his products on our site – it was amazing to meet him in person and get to shake his hand and thank him for his support over the years.

Well, we did a deal or two – which will come to light soon enough and we also met up with The WPMU Dev crew, Runcloud, Cloudways, GoDaddy Pro and had a great time going to all the parties! I even got to play golf on the Sunday (Fueled by a Bloody Mary about an hour before my 10am T Time- what a life! (Thanks Hans!)

We also figured out how to help Freemius sellers on our own platform with Vova (the Founder) coming up with a script that we can add so purchasers of great plugins can buy them directly without leaving our site – We have added two (Unlimited Elements for Elementor and The Final Countdown for Divi) in the past couple of days and if anyone out there sells stuff via Freemius payment gateway, we can help you get even more of a word out! Brandon wrote a post on WCUS too, go check it out- I get a mention as he and Vova seemed to be at every after, after, after party we held in our AirBNB – and, they were most welcome because we managed to get some coding done so we can help each other – after all, its The WordPress way – isn’t it?

So, how do I feel about WCUS?

I pretty much loved every moment. From meeting up with people I have been associated with for years to making deals come true. I would like to thank the organisers, the volunteers and the sponsors for without whom we would not have an opportunity to meet like minded people, do business and of course to build awesome websites!

My Highlight of my whole trip however, was meeting up with Mark, Colleen and Toby Conger. Mark and Colleen have supported me in too many ways to mention from counselling, coaching and advising to just good old friendship – I treasure them and to have been able to meet up with them for dinner, literally chew the fat and spend time with them as true friends was the highlight of my trip – meetings (yes, golf was a meeting!) precluded me from seeing them more than once but, I am grateful they drove 6 hours, booked a hotel and arranged dinner to come and see me and spend some priceless time. Thank you Mark, Colleen and Toby and I will come over again soon.

Here’s to seeing a lot more people at WCEU Porto – I cannot wait!

He runs his own Online Consultancy in the UK under the banner of Somebody's Hero. He also owns Comment Luv the bloggers favorite plugin and Sitefixer.co.uk a service to help all users fix any issues with their websites no matter the platform.

Dive straight into the feedback!Login below and you can start commenting using your own user instantly