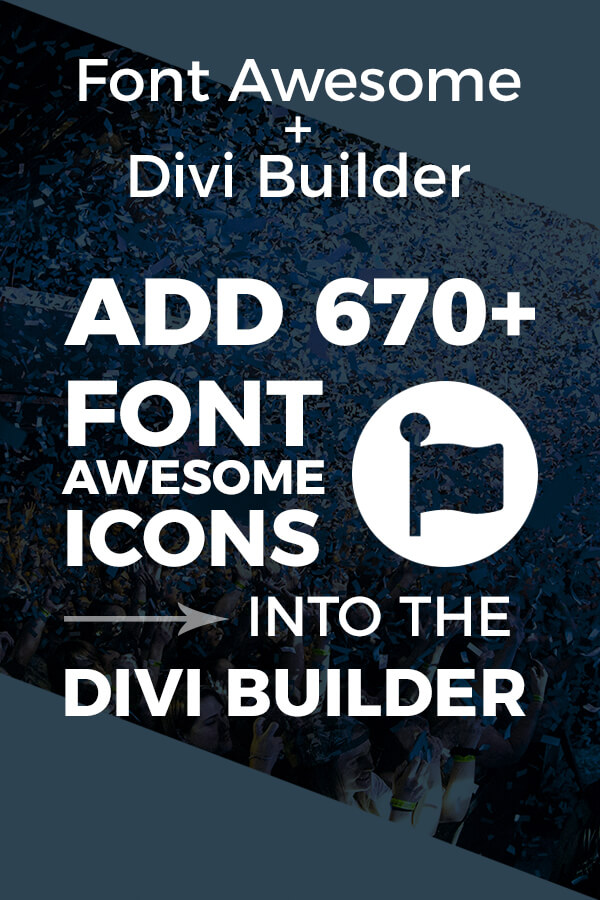 ** This plugin has been depreciated with the update of Divi 4.13 which introduced Font Awesome icons into the Divi core. Thanks to everyone who supported the plugin over the years and the mission to continue to make Divi the best it can be. **

As featured on the elegant themes blog

New GDPR feature: option to load Font Awesome locally from your server instead of making a remote to call to the Font Awesome CDN.

Divi Font Awesome pulls the power of the iconic Font Awesome library directly into the Divi Builder where you can work with the icons natively, just like the icons that come shipped with Divi.

Most other plugins are great about helping you to load Font Awesome on your website, but actually using the icons involved writing custom CSS for each icon you wanted to use. And if a client wanted to change an icon? That was a whole ordeal.

This plugin IS compatible with both the Divi and Extra themes.

This plugin was built without creating any custom modules that would need to be maintained, meaning it’s compatible with all of the core Divi modules that let you choose an icon for something. It also means there is less potential for conflict and hell, I wouldn’t be surprised if it even worked with 3rd party plugins, providing they follow Divi’s coding practices.

I want my products to be the best that they can be. Run into any trouble using my products or find a bug? Let me know about it on my support page!

How to add icons to elements outside of the Divi Builder, such as the nav menu using Divi Font Awesome:

Please scroll down for the support form

This theme, layout or plugin is comprised of two parts.

1. The PHP code and integrated HTML are licensed under the General Public
License (GPL). You will find a copy of the GPL in the same directory as this
license file.

2. All other parts, including but not limited to the CSS code, images and design are
copyrighted by the vendor concerned and are NOT licensed under GPL.

This license allows the item to be used in projects for either personal or commercial use by you or on behalf of a client. The item cannot be offered for resale either on its own, in part, or as part of a larger project including that being part of a hosting offer. Distribution of source files is not permitted.

*Support is provided by vendors directly.

Please login to access the support form. you can do so here

Number of items in cart: 0