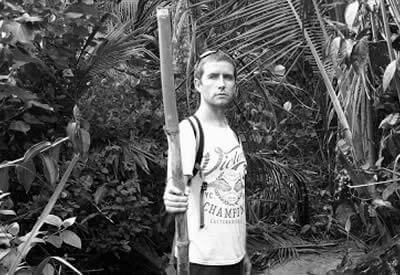 We love to bring you news of great plugins and also to introduce you to the developers that have changed the Divi Landscape – one of them is Dan Mossop – yes, he of the Divi Booster plugin that was pretty much the first multiple function plugin to help Divi Users get more out of Divi without the need for custom coding as it was already built in!

We’re proud to say that Dan was an original founder of Elegant Marketplace and his influence is still felt to this day – Booster just took over his dev time and we love that he is as successful as he is – it’s taken a lot of hard work and dedication to the Divi Community. Booster has effectively got more functions than you can shake a stick at!

For those who don’t know you, can you tell us a bit about yourself?

Hi all. I’m Dan Mossop, the creator of Divi Booster. I grew up in Scotland and about 13 years ago moved to Melbourne. I’ve been living there pretty much ever since, with the exception of a couple of long term travel stints in Europe and South America. I have a background in software development and IT (mainly web) security.

How did you get into Divi development?

Before our trip to South America, I helped my wife set up a travel blog based on Elegant Themes’ Aggregate theme. I made a few CSS tweaks and posted the code on a blog I was running at the time. I started getting a few questions on that post from people looking to make their own changes. I answered these, and more kept coming, so I kept answering. At some point I hit upon the idea of turning these tips into a plugin to make it easier on people who weren’t sure how to add the code. Around the same time, I started getting the occasional question on the post which, upon investigation, turned out to be for some other theme called “Divi”. I hadn’t heard of it, but I went ahead, downloaded a copy and answered those questions too, putting them into their own post. Very quickly the Divi questions started to outnumber the Aggregate ones.

As the tips amassed, and the post became unwieldy, it made sense to spin them off into their own site – now divibooster.com – and to turn them into their own plugin. Hence Divi Booster was born. I launched it shortly after returning to Australia and my old job. After a year of working on it in my spare time, I left my job to concentrate on Divi development full time.

In the meantime, my wife’s site morphed into the number one tourism site for Bolivia, Bolivian Life, which has been another crazy journey that I’ve been lucky enough to be part of. I couldn’t remotely have predicted any of this when I was setting up that initial site, and it’s been fascinating to watch it unfold.

So tell us a bit about Divi Booster?

Divi Booster is a plugin for easily customizing Divi. It adds 100s of options to Divi, based largely on the tips I’ve developed while helping users solve real Divi problems. It allows theme customizations that would normally require complex code changes to be implemented at the click of a button. It was the first plugin developed for Divi and has been continually updated based on user feedback, which I think has helped keep it useful and relevant as Divi itself evolves.

What are some of the most popular / least known Divi Booster features?

Almost certainly the least known features are two that I just released a few days ago. For a long time, I’ve been after a way to inject new options into existing Divi modules. I finally figured out a way I’m happy with and have rolled it out on an initially small scale. If you update to the latest version of Divi Booster, and open the settings for a slide (in either the standard or fullwidth slider), you’ll see that Divi Booster has added an option to add a second button to the slide. Unlike other Divi Booster settings which are generally global in nature, this can be done on a slide-by-slide basis. Likewise, if you look in the person module you’ll see that Divi Booster has added an option to set a website URL which will be linked to alongside the person’s existing social media links. This is just the start and I hope to eventually migrate all Divi Booster features into module-specific options where appropriate.

Yes, absolutely. While I don’t know what surprises Divi 3.0 will have in store, I’ll be continuing to develop Divi Booster to support Divi 3.0 and beyond. As often happens with Divi updates some of Divi Booster’s features will become achievable in Divi itself. This usually only affects a small number of Divi Booster features and it looks like that will most likely be the case again. Regardless, I’ll continue to add new features to Divi Booster and look to take advantage of the new opportunities Divi 3.0 brings.

What are your future plans for Divi Booster?

I’ve already mentioned the per-module settings. This is hopefully going to be part of a broader trend of integrating more tightly with Divi and placing Divi Booster’s options right alongside Divi’s own. I also want to generally tidy up and improve the existing features and codebase. And, of course, I want to keep answering questions, providing Divi tips and integrating useful features into Divi Booster.

You recently released a Code Snippet Module for Divi? Tell us a bit about that.

So one of the things I’ve been working on recently is learning the ins and outs of Divi’s module system. As a sort of learning exercise, I developed a custom module I’ve personally wanted for a long time. As someone who posts vast amounts of code snippets on my site, I really wanted a Divi Builder Module that I could just paste my code snippet into and have it display nicely within the Divi Builder page, without having to mess around with shortcodes, etc. The result is my Code Snippet module which handles the encoding, language detection, syntax highlighting, and some other niceties such as line numbers and style options.

Do you have more Divi modules on the way?

Yes – Now that I’ve got to grips with creating custom Divi modules, I definitely plan to release more in the future. I have a couple in the pipeline at the moment, but I’ll have to leave you waiting a bit longer for the details of these. I look forward to exploring just how far we can push Divi with custom modules. I think it’s going to be one of the most exciting areas of Divi development in the future.

You’re releasing a new plugin today – what does it do?

I knew I wasn’t the only one developing custom Divi modules – but when I looked I was surprised to find there are already around 35 or so custom Divi modules available, with new ones being release every week. What’s more, they seem to be coming out at an ever increasing rate. I really feel like we’re on the cusp of an explosion in Divi module development.

These custom modules are scattered around the web and are not necessarily easy to find. Since I’d already done the work of tracking them all down, I figured it would be nice to share this list with everyone and I decided to place it where you actually need it – in the Divi Builder’s “Insert Module” area.

Divi Module Mate adds a new tab (called “More Modules…”) to the “Insert Module” area, and it is here you’ll find a list of all 3rd party modules available for Divi.

Say you’re working on a Divi Builder page and click “Insert Module” only to realize that Divi doesn’t have the module you need built-in, you can click on the “More Modules…” tab and quickly check if any independent Divi developers have created the module you need. If so, click on that module and you’ll be taken straight to the download / sales page for that module.

I list the module prices, so you can easily spot free modules and good deals. For premium plugins, I compare prices and link to the cheapest reputable source I can find.

If you use Divi Builder, then Divi Module Mate should turbo charge your web development work by giving you easy access to the exploding world of Divi custom modules.

* What does it cost, and where can we get it?