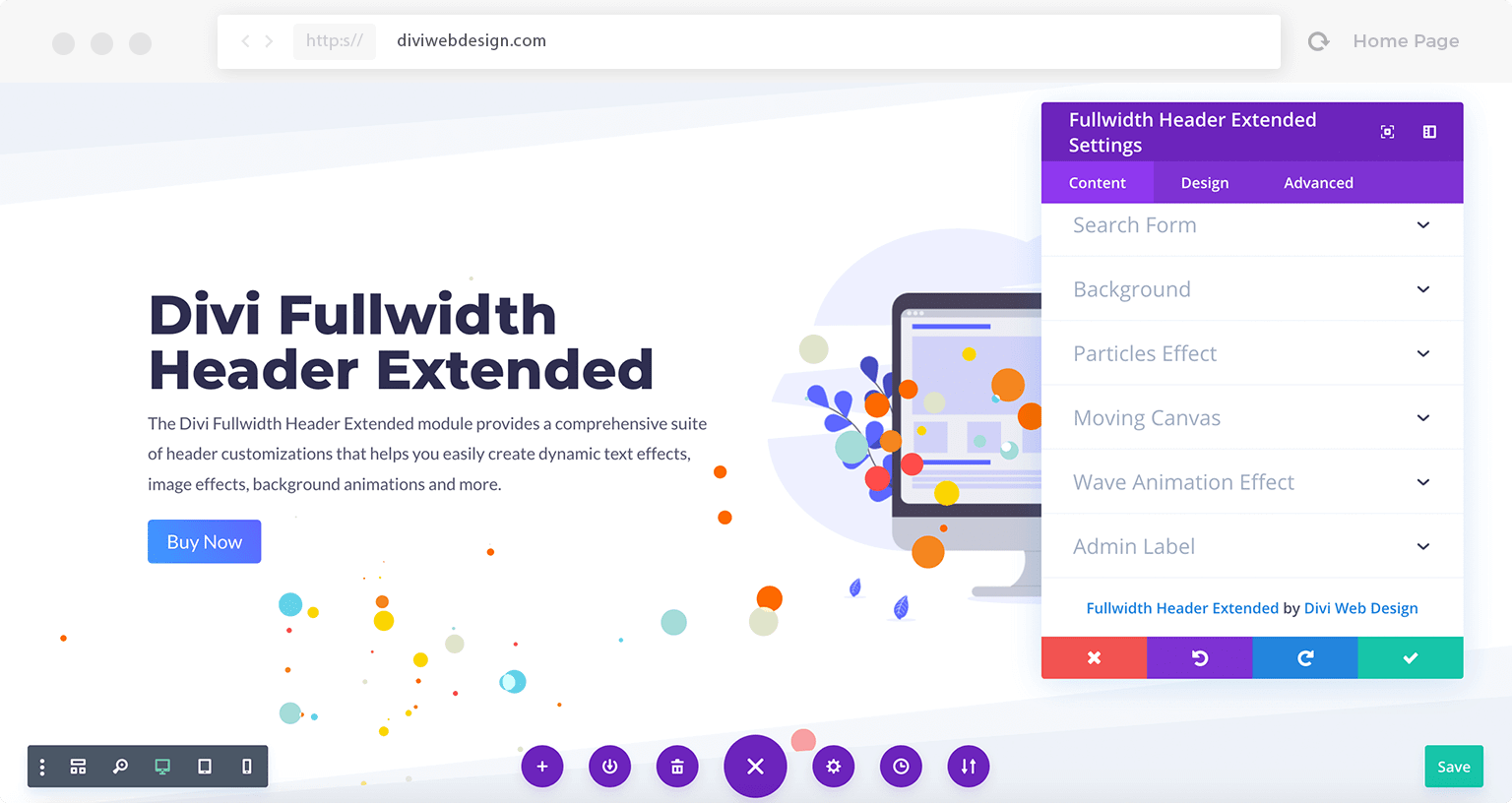 More than 8000 customers and counting from around the world rely on Divi Fullwidth Header Extended. Featured on Element Themes blog topic on 10 Awesome Third-Party Divi Plugins. One of the must have for Divi sites.

Divi Fullwidth Header Extended module brings you 5 title text effects to play around with. You can choose to have purely typing, rotator, textillate, TextGIF, shuffle effect or some static text in front while typing/rotator effect following after it at the same time.

Use a Fancy Line to bring attention to your title. Toggle the line on top or bottom of the title, change the color and alignment, have fun and see what works best for you. You can also easily add a sub-header and toggle it to be above or below the header title.

Divi Fullwidth Header Extended module also provides you the capability to animate your background with the latest particles effect, background gradient or an animated gradient effect. It’s up to your creativity.

Want a search input right on the header or even a video popup? We’ve taken care of that.

Custom scroll down icon/image? We’ve taken care of that.

Last but not least, Divi Fullwidth Header Extended module is packed with a total of 49 animations which you can apply to the entire content or set individually on title, subheading, content, buttons and scroll down icon!

We’ve done the hard part. So now, as the saying goes, it’s up to your creativity. Enjoy the Divi Fullwidth Header Extended module!

5 Title effects:
You can choose to have purely typing, rotator, textillate, TextGIF or shuffle effect or some static text in front while typing/rotator effect following after it at the same time.

Subheading before or after title

Custom image/icon for scroll down icon

49 Animations to choose from: 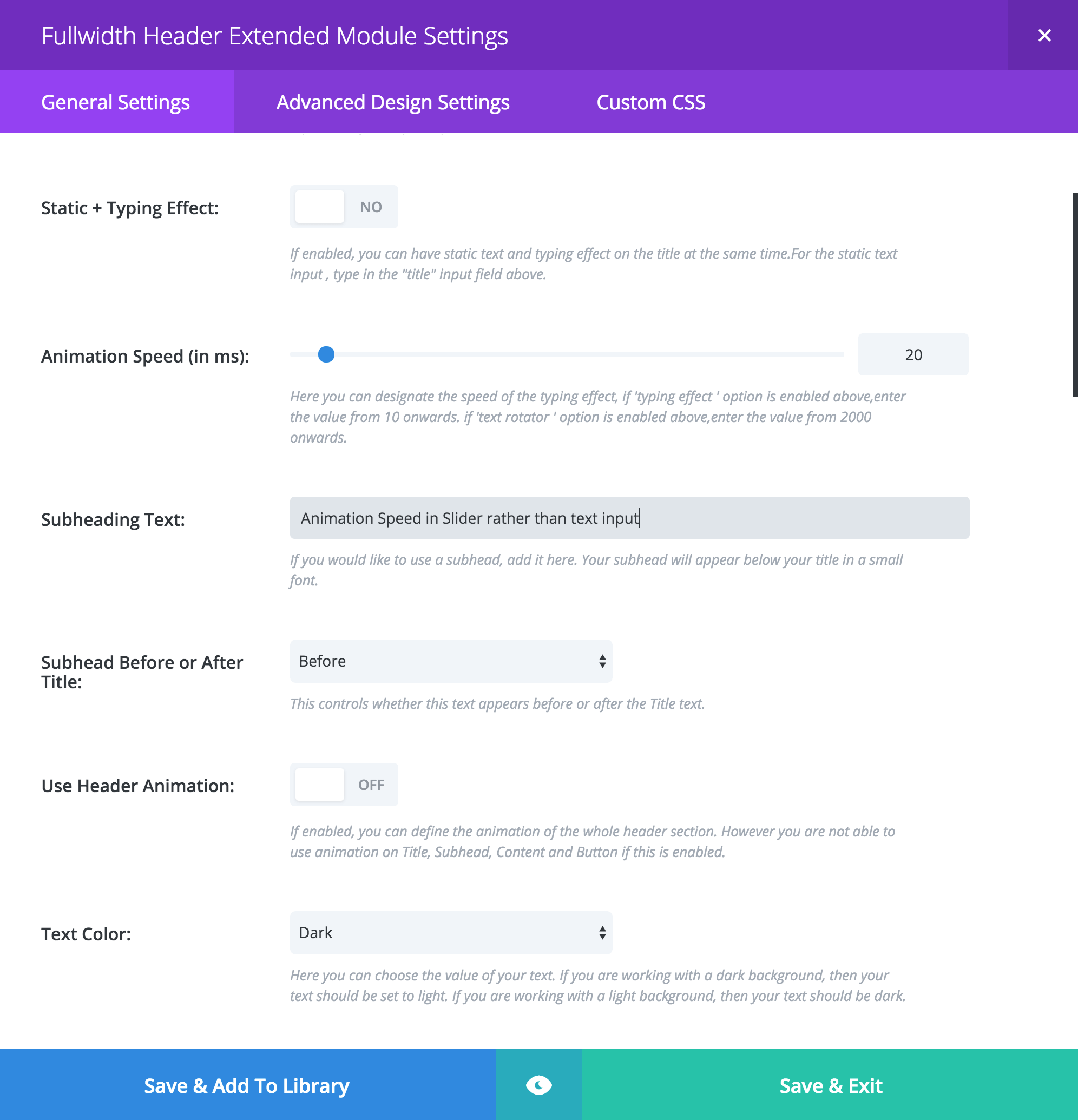 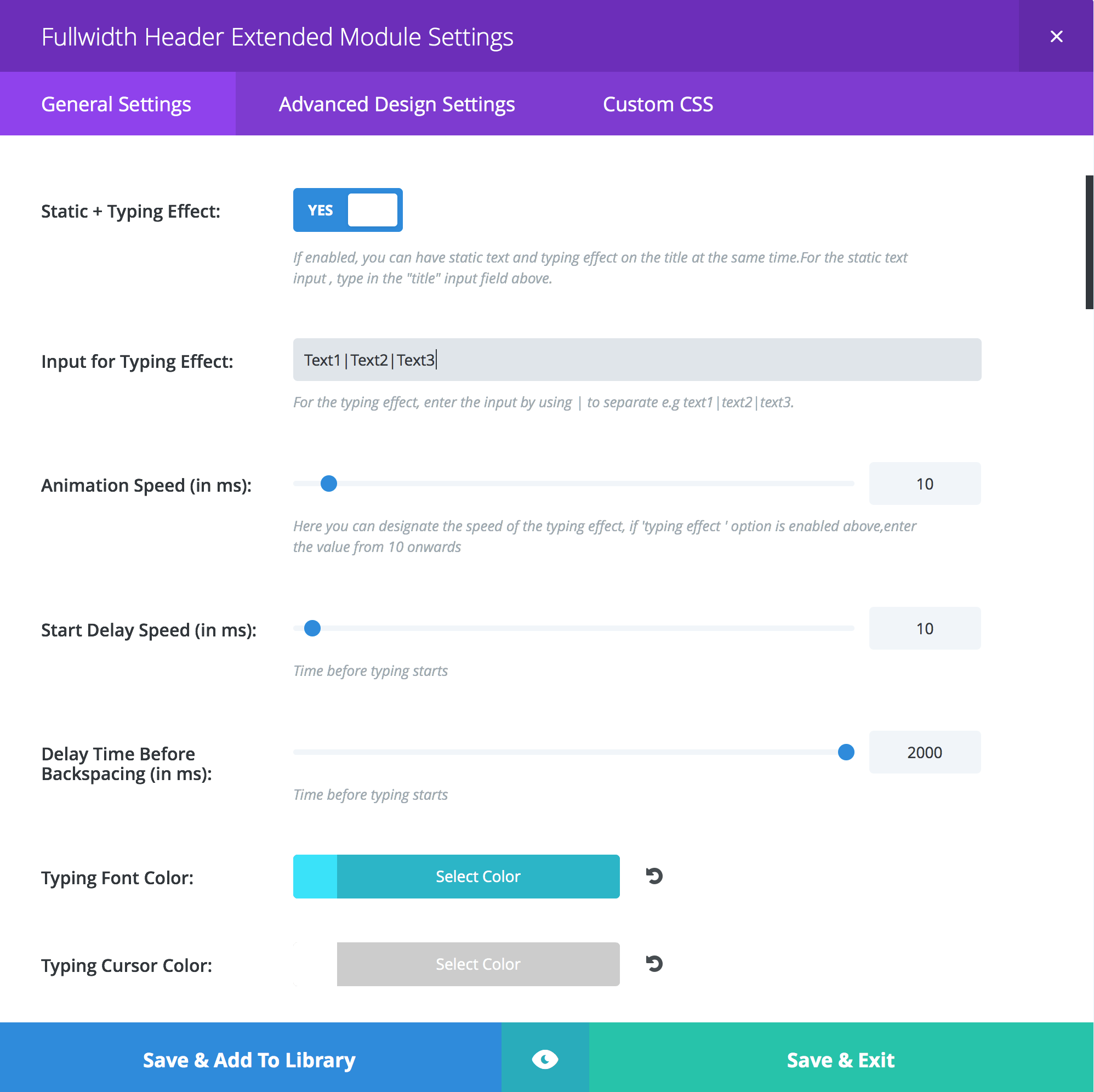 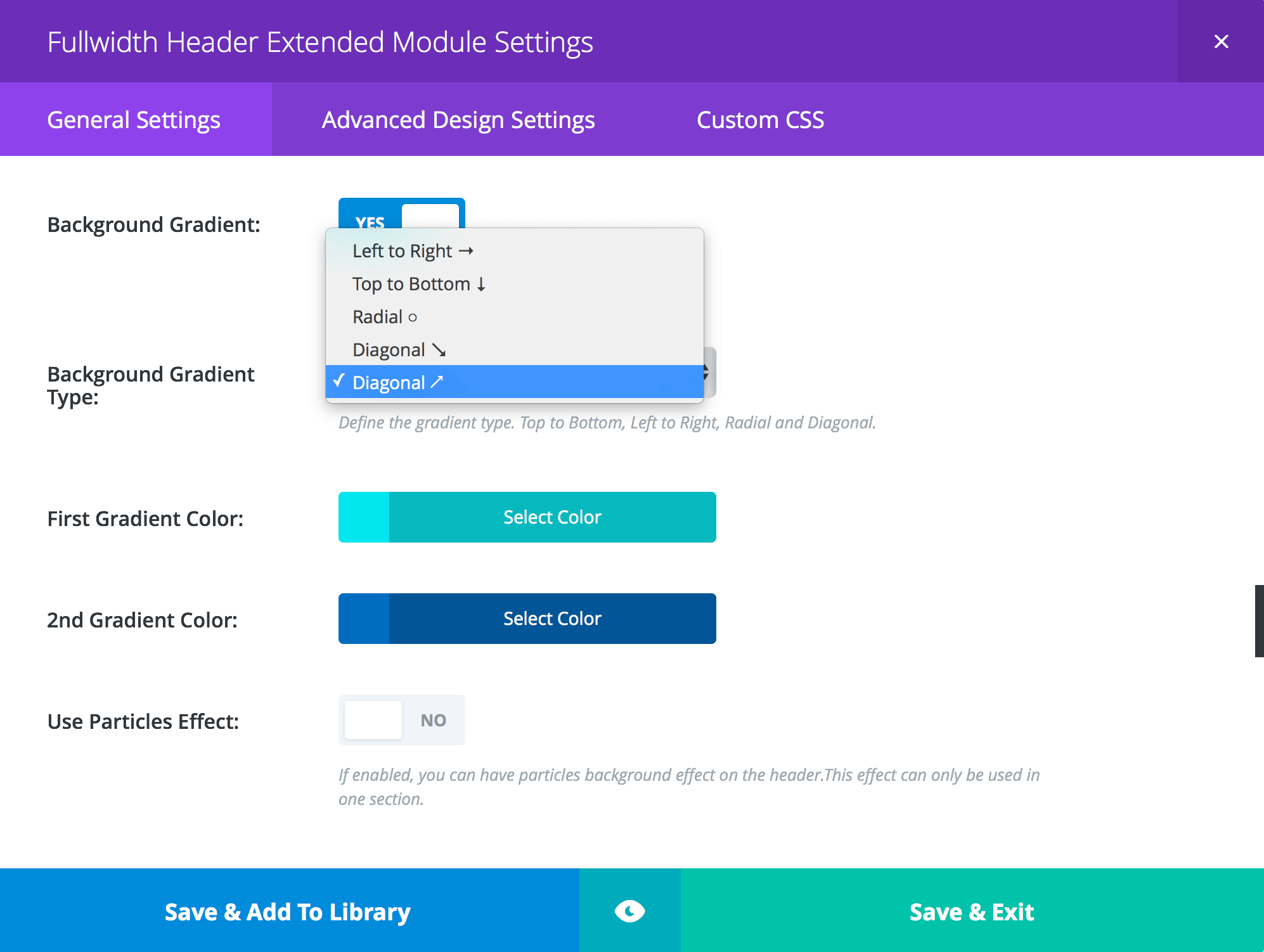 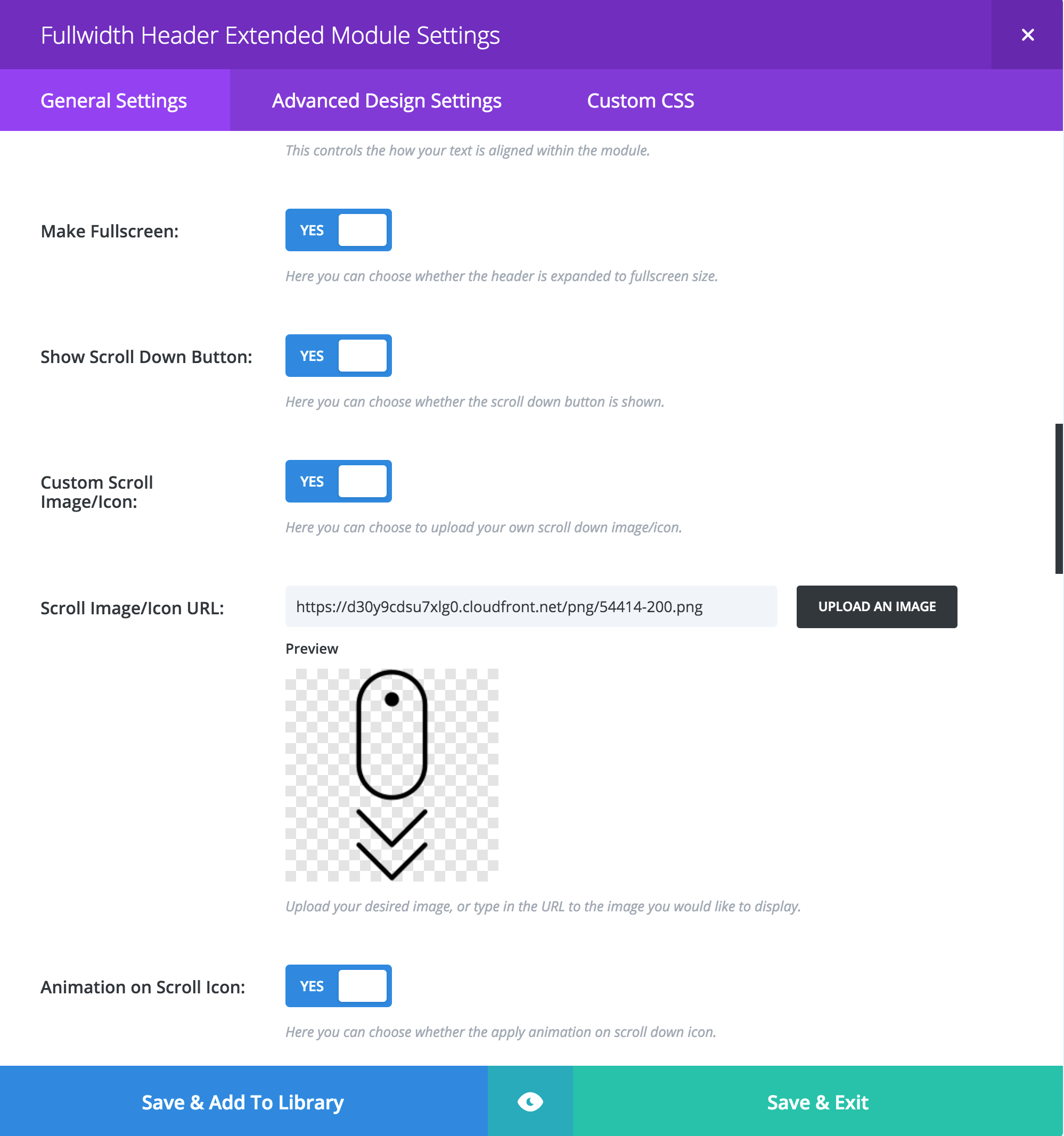 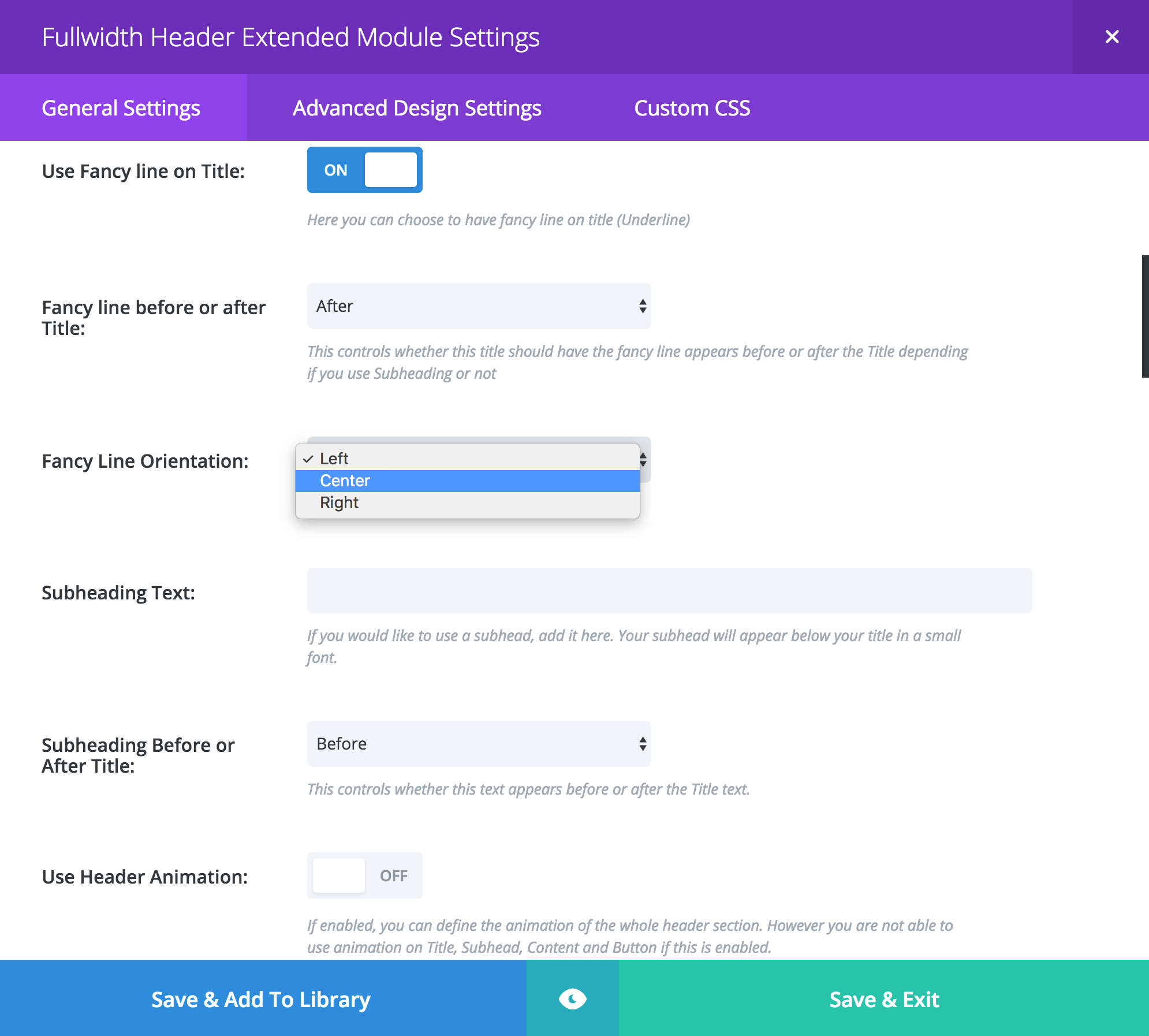 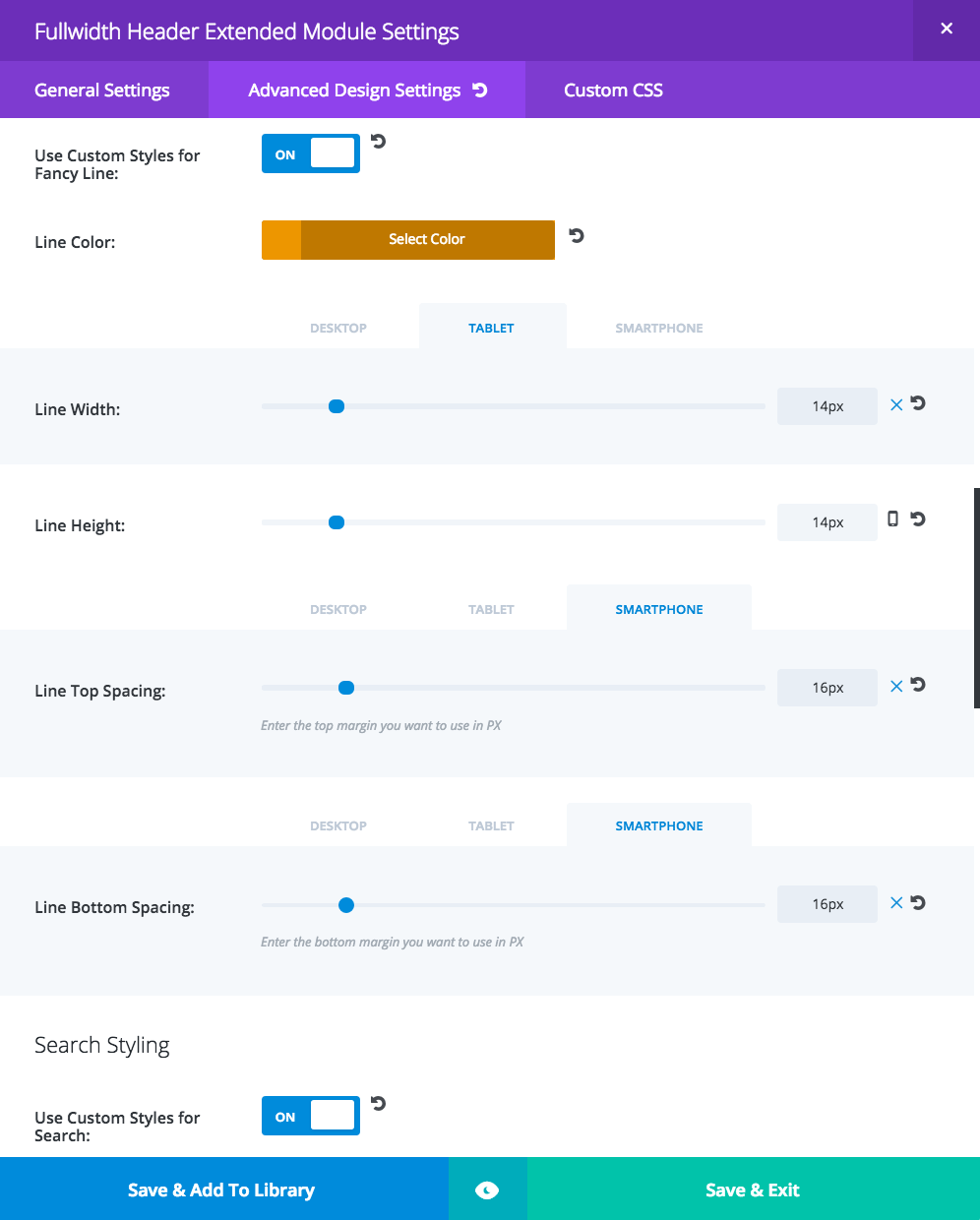 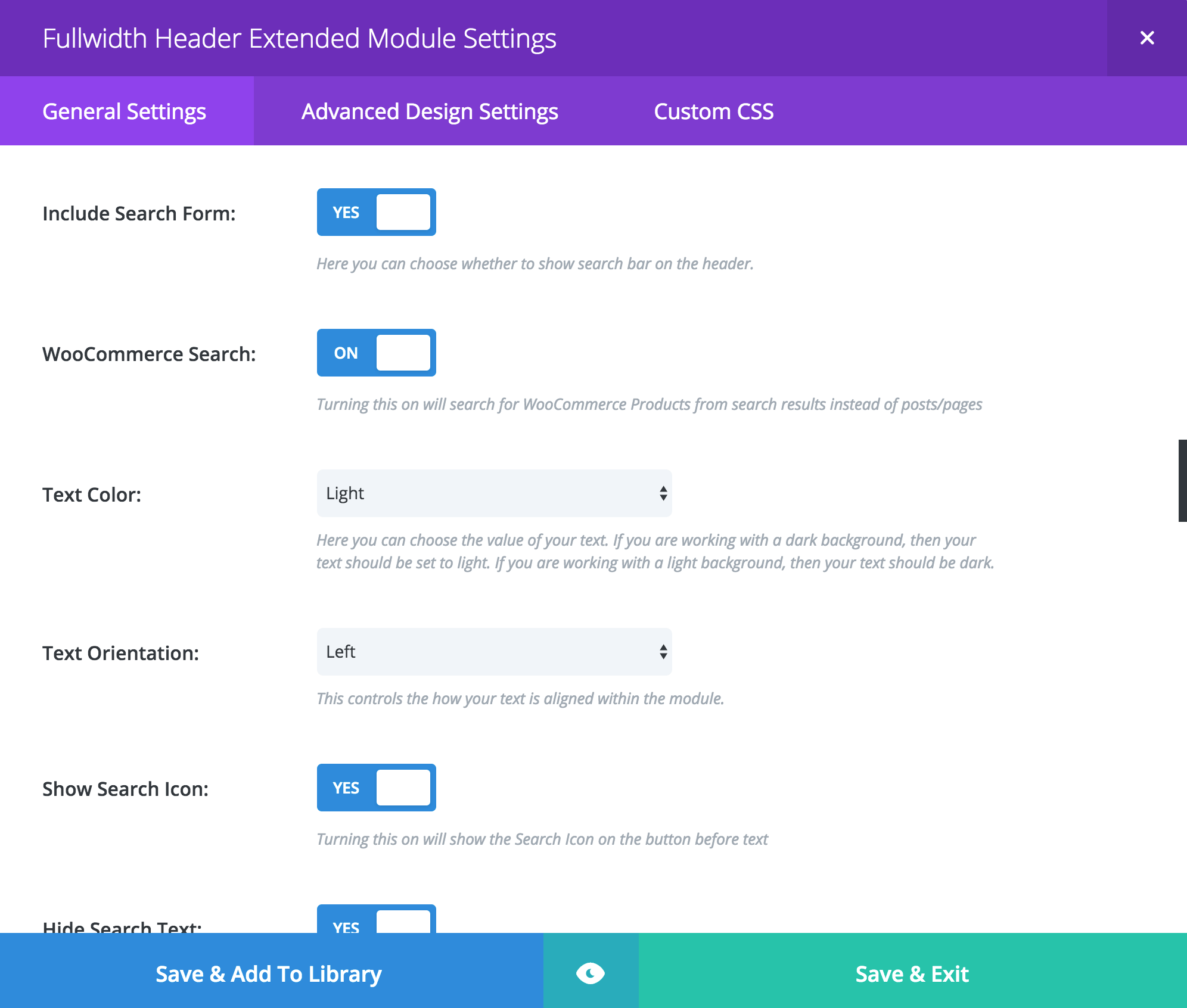 Checkout the documentation first and if you still need help open a support ticket.

Our themes and modules includes the plugin files, 1 year of online support and access to plugin updates. You can use them on unlimited sites(your own and clients) even after support period. This is an annual subscription purchase in order to initiate automatic updates.  You are not allowed to resell this or include this in your commercial product. In other words, you cannot sell child themes with this module. If you wish to do so, please contact us.

*Support is provided by vendors directly.

Please login to access the support form. you can do so here

Number of items in cart: 0

You have Successfully Subscribed!